I want to give you a way to start trying out NVC with kids that is easy. And it’s most easy when both you and even your kids are not triggered. So I came up with this game that you can play with your kid when they are in a relaxed state and so are you. Watch the demo of this simple NVC game I’m doing with 8 year old Thibo:

Transcript in case you want to save notes:

So, when your kids don’t want to put their shoes on, they don’t want to go to school, or when they’re fighting with each other.. or they are crying and they are sad and you don’t really understand why. In all these kind of cases NVC can be super helpful. I noticed this myself, I was actually babysitting a lot while I was studying NVC. I noticed that, first of all, I felt a lot more connection with the kids. It was a lot more easy to create a sense of connection between us. And also that the conflicts or the anger or the sadness, everything was a lot more light and easier to solve. I felt a lot more self-confident in doing all of these things. So I’m super happy to share with you everything I learned about doing NVC with kids. And I will do so in a three part series, a series with three videos, based on all the things you wrote to me about what you find challenging in communicating with kids.

So the first video, this one, will be about how to start in a very simple way. Because it is quite hard to try out NVC for the first time if either you or are triggered or your kid is triggered or maybe even both. So I want you to mainly have a lot of self-compassion while you’re learning NVC. So I want you to start with something super simple, which is an exercise that you can do when both you and your child are kind of relaxed, calm, spacious.. And this exercise can be done in five minutes.

It is called ‘likes and dislikes’. What you are going to do is very simple, you ask your child: what did you like about this day, and what did you not like? Or about this week, depending on how often you want to do it. And then you just listen, and the way to listen and the way to start practising NVC to while listening, I will demonstrate it with eight year old Thibo. So I’ll be giving three do’s and three don’ts while listening to him, so you can learn how to do it yourself. I hope you enjoy the demo!

Do you already have something coming up that you liked or didn’t like? Hmm, yes, I got something! You have something? Yes! I liked playing throw and catch with you! Yes? What was it about it that you liked? That we played together like that, I don’t do that so often. A game that you can just play and throw? Yes.

So the first time I want to recommend, is to reformulate your kid. Which just means that you repeat the essence or the last thing that he was saying. And by doing this, this reformulating, your kid will have a sense of being heard and understood.

So you might notice that I leave a lot of silences, and that’s the second thing that I want to recommend. This silence helps your kid to really connect with himself. And you can see that Thibo is doing that as well.

Yes, yes. I don’t like that Bence is always playing with the Wii. And he never does anything else. He really plays with it all day every day, and when he comes downstairs for a moment he continues directly after that. Only in the night he stops, when he goes to sleep, of course.

So now it’s very tempting for me to help him. And this is where it gets interesting, because when you listen to kids – or actually to anyone – it’s maybe even more about what you don’t do than about what you do. So here are the three don’ts, the three things that I would recommend you not to do.

The first thing that might be very tempting to do is to try to educate him or judge him a little bit, by saying for example: well, maybe Bence just really likes the game? Trying to make him see something. And this will probably create a feeling of loneliness in him, because he just wants to be heard in where he is right now.

And the third thing I want to recommend you not to do, is to reassure your kid. For example, in this case, I could have said something like: oh, don’t worry, it’s okay, you can go on the Wii after Bence. And what you’re doing in that moment, actually your child is trying to say that something is not okay for them, and I’m going to say that it actually is okay, so I’m going to argue with their feelings.. which again has a high chance of leaving them feeling kind of lonely.

So those are the three things that I would recommend you not to do, and I know it’s very hard to not do them. So this is actually, if you manage to notice that you are doing it, at least, as a first start, that’s already great. And what you see with Thibo, is that because I’m not interrupting him, I’m actually getting more information. And I guess that’s really what a lot of parents want, right? To know, what is actually going on in them? And you’ll see with Thibo that we’re going to get more information about why he mourns that his brother is on the Wii.

So here I’m guessing his feelings and needs and that’s my third tip. To guess a kid’s feeling I’m saying ‘do you mourn..?’ and to get his needs I was saying ‘would you like to play together with him?’ And officially that’s not really an abstract need, the official need might have been something like company or togetherness.. but if I would ask that, that can be a little too abstract for kids.

So I translated a few needs to simple ‘kids needs’. And I made a top 15 of the most common ones in Dutch and English.. you can download those on my website, and you can use them to guess your kid’s feeling and needs. And when you do that, you create even more connection and clarity, like, what is going on in them? And as I said before, quite often when you find a kid’s need, and the same for grown-ups actually, they don’t need a practical solution anymore. And you’ll see that the same happens with Thibo. He is kind of complete after we found his need. Yes, that’s it actually. Yes.. Are you completely empty now..? Yes. Would you like to hear something from me that I liked or disliked?

So in the end I do a check: are you complete? Are you completely empty? Do you want to say anything more? And in this case, because I had a sense he was quite spacious, I also asked: would you like to hear me? I wouldn’t always do this, if a kid is still kind of emotional or I have the sense they’re a bit full, I wouldn’t do that. But in this case, I thought it would be actually connecting to also share what was going on in me.

I also really liked to play throw and catch with you, especially because we placed the board in between and throw over it, and that I tried to throw and catch with my eyes closed and that it didn’t really work. No, I just stayed, when you threw, I just stayed like this and it flew right passed me. Something I didn’t like.. that we were waiting a while for Astara and that I thought she was coming already, and I was a bit hungry. And then I was a little bit bored, and then we were doing this game and I enjoyed that, but before that I was bored for a while. Me too, really. You too? That’s it, I think. Yes!

So the next thing is how to do NVC when either you or your kids or maybe even both are triggered. If you would like to see the videos that I’m going to make about that, subscribe to my YouTube channel Cup of Empathy so you stay up to date when those are ready. And if you’d like to have the feeling and needs card, so you can guess your kid’s feeling and needs, you can go to my website www.CupofEmpathy.com and get the card over there, I can send it to you for free and I hope it is very useful for you.

Also, if you would want to already watch some other videos about how to listen, I have a whole playlist of all my videos about listening. And actually all those tips are applicable to kids as well. And last but not least I am very curious, maybe you can let me know in the comments, what are your challenges when communicating with your kids? And also, if you already started to try out a little bit of NVC, what do you find challenging about that? I would love to hear that. So, other than that, I’d love to see you again next time. Ciao! 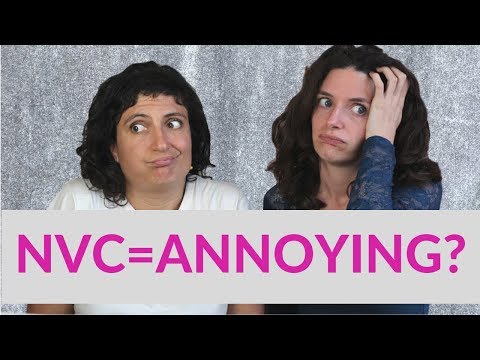 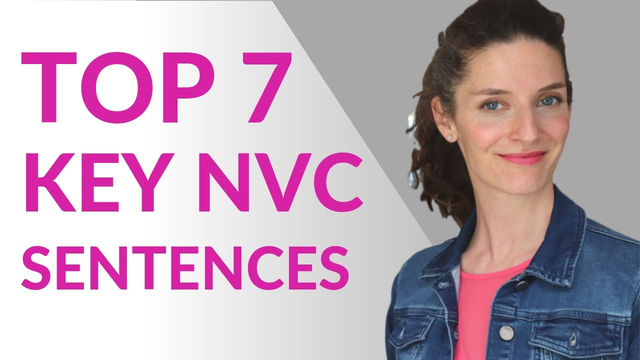 Nonviolent Communication in a Nutshell
Scroll to top 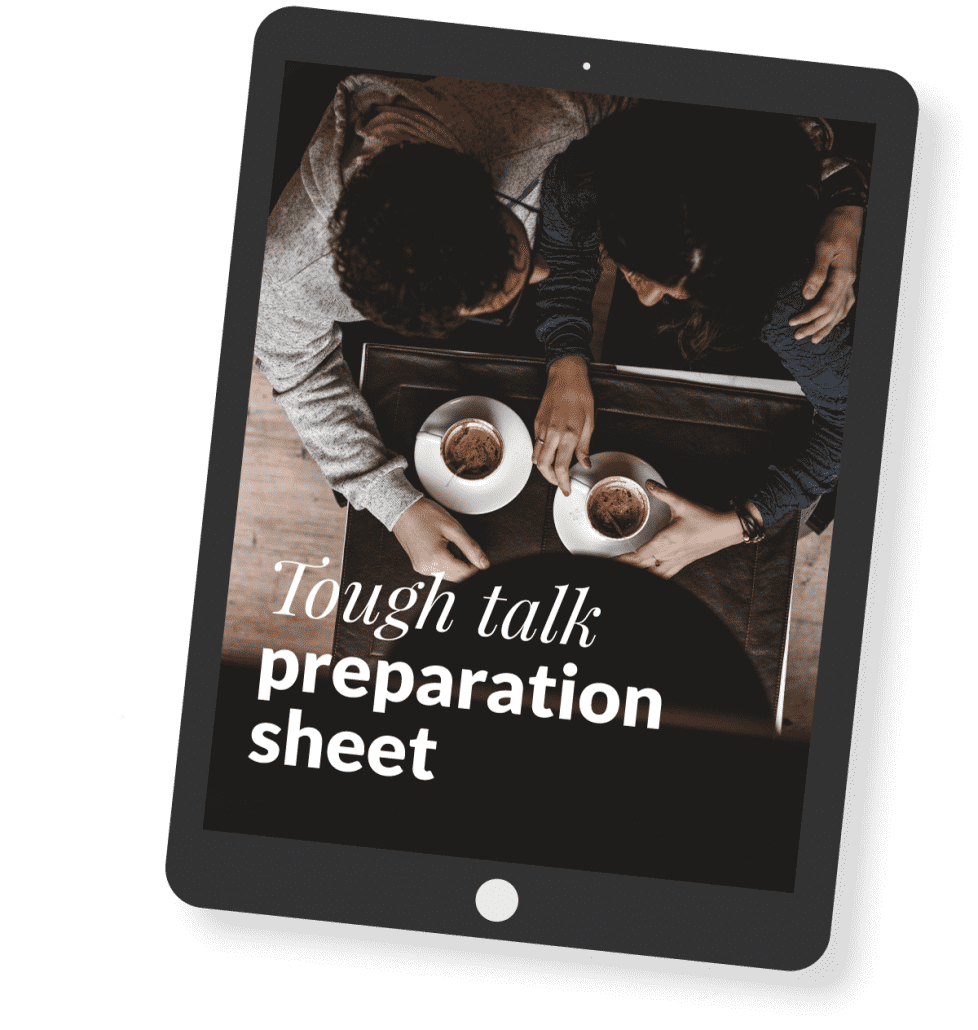